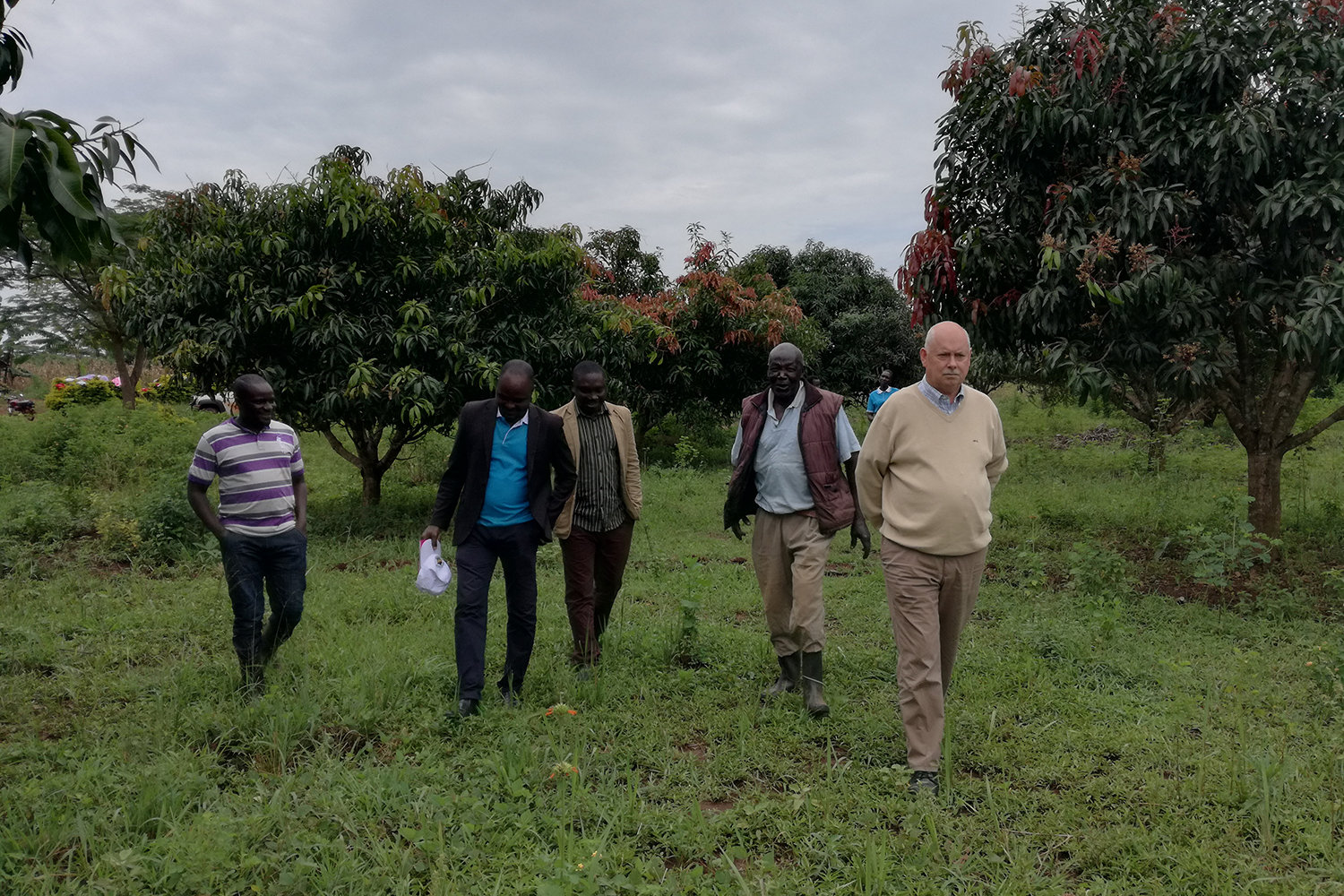 Agricultural finance in Uganda: the difference between 1 acre and 6 acres

It was the morning of Monday 28 August 2017. We were the guests of the Kyererezi solidarity group in Nyambindo (Western Uganda). The venue was the village church, a simple, rectangular building with a tin roof. The pastor and Madfa Sacco’s credit advisers welcomed us. Not all members of the solidarity group had arrived yet. Due to the heavy rain in the early hours of the morning, most of the women had only later set off to our appointment.

We ran through the day’s programme with the credit advisers. They work for the savings and credit cooperative Madfa (Mafindi District Farmers Association) (Madfa Sacco), an initiative of the local farmers’ association. This Sacco has over 18,000 members and its credit portfolio amounts to about EUR 0.6 million. The group credits are an important channel for reaching the poorer farming population. We soon discovered that these groups fulfil an important social function. It is here that members meet, save together and decide on credits. But they also receive information on agricultural techniques and other training.

Loans in seeds and fertilisers

After about half an hour, our meeting began with a prayer and signing the guest book. The meeting was joined by children and young people. Kyererezi is a mixed group, but it was clear that the women are in the driving seat here. Yet behind the scenes men have an important voice, because women cannot become members without their explicit consent.

The enthusiastic chairwoman introduced all the board members. They have been a close-knit group for 11 years. Saving forms the basis. They really appreciate the financial services provided by Madfa Sacco. The average interest rate of 25% is one of the lowest by Ugandan standards, so there are no complaints about it. The compulsory credit insurance of 1.3% should ideally be reduced to 1%, according to the group. In addition to cash loans, members would like to receive loans in quality seeds and fertilisers.

In addition to group loans, Madfa Sacco also grants individual loans. The group’s treasurer invested in 200 laying hens that provide additional income for her family. The effect is on the members’ income was easily made clear by the chairperson: “We used to cultivate one acre, today the average is six.” And allowing their children to study is high on the agenda. If the income is not sufficient for this, members can rely on a “school fee” loan.
A surprise was in store for us at the end of the meeting. The young people had withdrawn for a while and came in with musical instruments. The boys and girls danced with infectious enthusiasm to an ever-faster rhythm. As already mentioned, a solidarity group is more than a place for financial transactions.

We said goodbye with heartfelt thanks and a contribution to the dance group. Microfinancing is only meaningful if it benefits the customers. It boosted our motivation once more to support an organisation like Madfa Sacco with BRS, together with the NGO Trias. In November 2017, a BRS/KBC team returned with a special training programme to help improve lending (especially agricultural lending).

From the report of the assessment visit to the BRS partner by Hugo Vanderpooten (BRS consultant) and Kurt Moors (BRS programme coordinator) in August 2017.